Only four teams can win Super Bowl 54, and the futures odds once again have the Kansas City Chiefs favored. 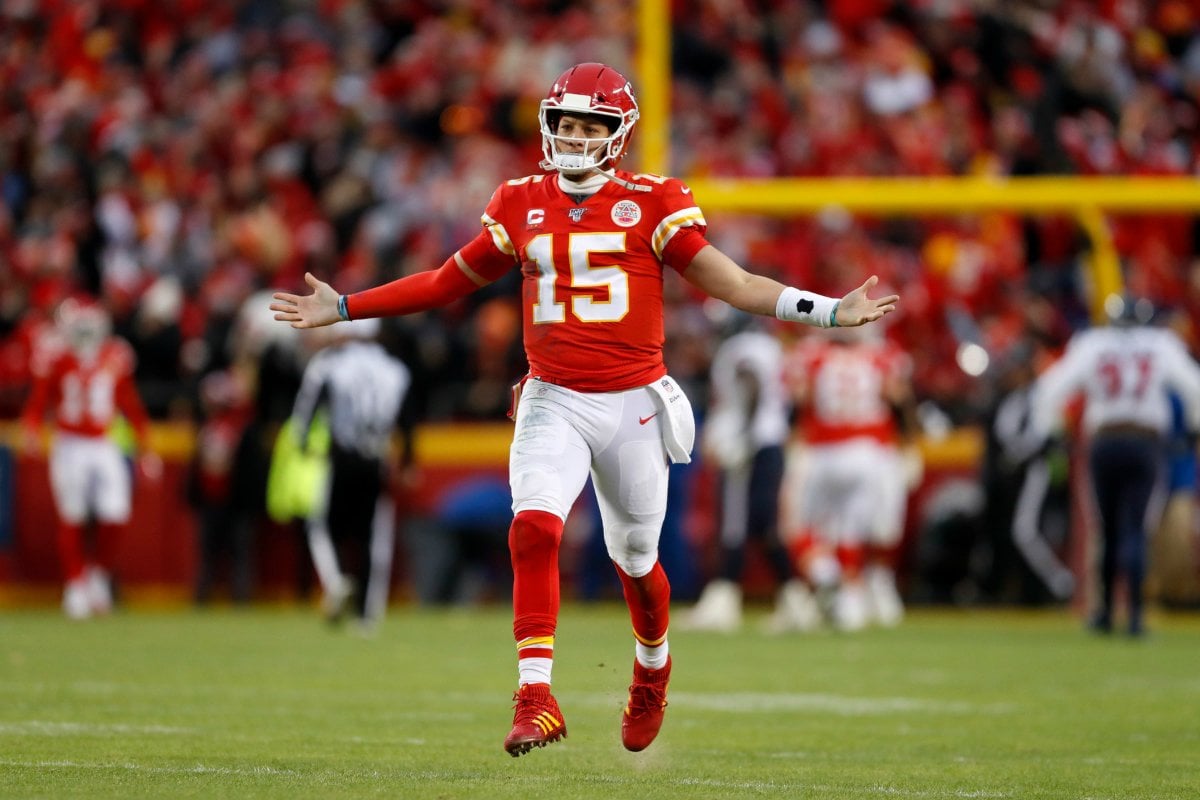 The Chiefs were seemingly on their way out during their Divisional Round matchup against the Houston Texans. Kansas City was down 24 points early in the second quarter. Then, 2018 NFL MVP Patrick Mahomes took over.

Mahomes was magnificent in the final three quarters, ending the game with five touchdowns and 321 passing yards. He also led the team in rushing – scrambling for 53 yards on seven carries.

The biggest thing I was preaching was, ‘Let’s go do something special. Everybody is counting us out. Let’s go out there and play by play put it out there.’ And play by play, we did what we were supposed to do,” Mahomes said afterwards.

The impressive comeback showed that even when they’re seemingly out, Kansas City is still very much in the game. And with both New England and Baltimore eliminated, the Chiefs have the shortest odds of winning the Super Bowl at +130.

The San Francisco 49ers follow closely at +140. The Green Bay Packers (+650) and Tennessee Titans (+750), the underdogs in the two conference championships, are longer.

Tennessee will again rely heavily on running back Derrick Henry, who ran for 195 yards against Baltimore. This will be a rematch of Tennessee’s wild 35-32 win over Kansas City in Week 10.

The Packers travel to San Francisco to face the 49ers for the Sunday nightcap. Kickoff is set for 6:40 pm ET.

This is also a rematch, and one that gives the underdog Pack plenty of revenge motivation. The Niners made easy work of Green Bay in Week 12 in a 37-8 landslide.

The Niners will look to shut down QB Aaron Rodgers, who has found his typical form that disappeared at times this year. But San Francisco has a dominant defensive line, and limited Minnesota to just seven first downs in their Divisional game.

The Packers will need a Hall of Fame-caliber performance from their leader, Rodgers. It won’t be easy against the Niners’ defense, which will also welcome back cornerback Richard Sherman, who is once again playing at a shutdown level. He’ll trail Packers receiver Davante Adams throughout the game.