Saturday marks one of the biggest days in horse racing: the running of the Preakness Stakes at Pimlico. And it gave the Thoroughbred Idea Foundation (TIF) an opportunity to showcase what it believes is the future of the sport. 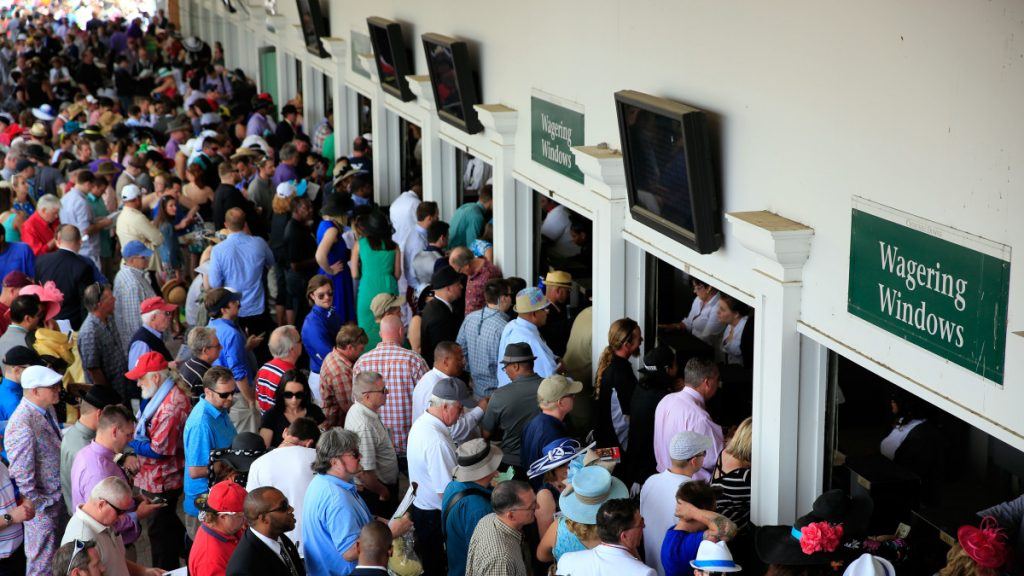 The pari-mutuel windows at Churchill Downs are always packed on Kentucky Derby Day, as hundreds of millions of dollars are bet on the races. (Image: Jamie Squire/Getty Images)

On its blog this week, the Foundation — a think tank that seeks to improve the sport for all stakeholders — showed what betting options would look like for a horse race in a fixed-odds system.

Beyond the traditional win-place-show and exotic options, the Foundation’s example showed a series of head-to-head propositions between a pair of horses in the race, allowing bettors to wager on, for example, War of Will finishing ahead of Anothertwistafate.

Other betting examples showed propositions on which jockey would win the most races on Preakness weekend, who would be leading the Preakness at key intervals, and an over-under on the time of the race.

Sure, a 13-horse field provides some juicy options for bettors in the tote-based exotic pools, but what about some fixed-odds props to cover other interests, to attract interest following from those more accustomed to higher-churn sports bets?” the TIF blog says.

It’s all in an effort to help drum up interest in a sport that only keeps the public’s attention for a few days each year, says the group’s Executive Director Pat Cummings.

The Preakness may have its issues, especially as Baltimore leaders and The Stronach Group wage a war of words about the viability of Pimlico. But the old track will still attract a big crowd this weekend and perhaps a record handle from bettors across the country.

Last year’s card produced nearly $93.7 million in bets, the track’s third-highest ever. The Preakness itself generated nearly $62 million in wagers, a record for the race.

Two weeks ago, Churchill Downs announced yet another record-breaking handle for its Kentucky Derby card of races as bettors wagered $250.9 million throughout the day. That beat the 2017 record by more than 11 percent. Four times in the last five years, Churchill Downs has set a record for the day’s handle.

While the Kentucky Derby and Preakness Stakes still attract bettors, the horse racing industry, in general, has not.

Last year, the total amount bet on races in the US was $11.3 billion, according to Equibase. It marked the first time the sport topped $11 billion since 2010. And while the 3.3 percent increase last year was the fourth consecutive year of growth and the highest jump percentage-wise since 2000, American horse racing is still nowhere near the record handle of $15.2 billion set in 2003.

The issue has stakeholders looking for solutions to rejuvenate the sport and generate new interest that can help bring additional dollars to the tracks.

That’s where some say the sport may benefit from a change in how it handles bets.

Is Fixed-Odds Betting the Fix?

In the past year, the American gambling scene has undergone a dramatic change with the Supreme Court overturning the Professional and Amateur Sports Protection Act. The move opened the door for states across the country to legalize sports betting and provide another vehicle for the betting public.

Sportsbooks, for the most part, feature fixed-odds betting on their product, meaning the bettor keeps the odds that were set at the time the wager was made.

Horse racing uses a pari-mutuel system, where odds fluctuate based on the amount of money bet in the race. So, a bettor can place a bet on a horse at 20-1 odds and see their potential return drop if more money is placed on the horse before post time.

The Foundation has pushed for industry leaders to consider using fixed-odds for races to make the sport more enticing to the betting public. In a fixed-odds system, the bettor would see their odds stay the same regardless of how much money gets placed on the horse they picked. 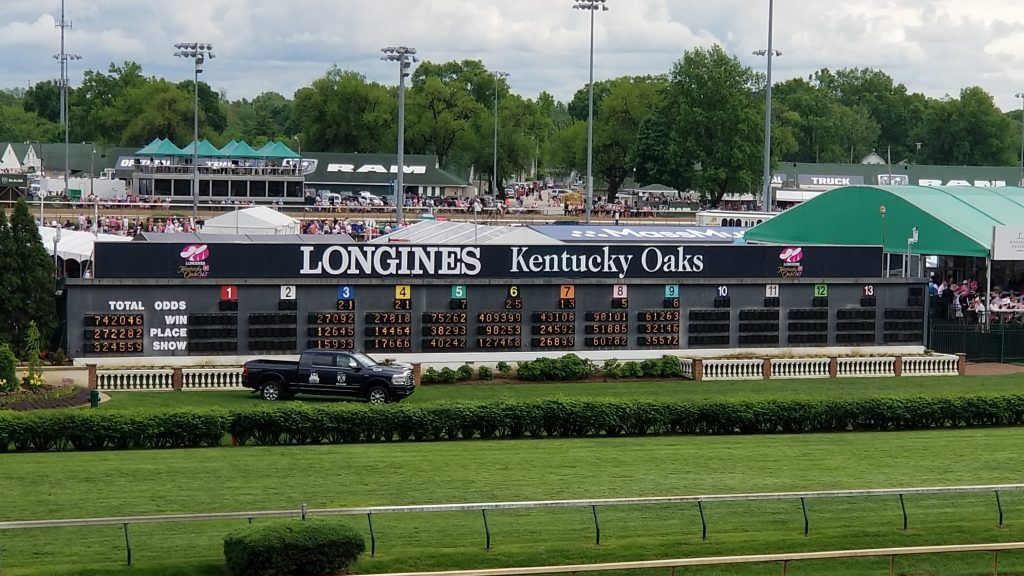 The toteboard at Churchill Downs shows odds on a horse and the amount currently wagered on them. The odds are subject to change as more money is bet. (Image: Casino.org)

In an interview with Casino.org, TIF Executive Director Cummings also noted that the takeout — the amount the tracks withhold from the betting pool — on pari-mutuel wagers is significantly higher than for fixed-odds bets.

The higher the takeout, the less return the bettor gets on their investment and the more likely they are to consider other, more lucrative betting options.

The foundation isn’t alone when it comes to pushing for fixed-odds.

In a recent WalletHub study on the Kentucky Derby, the director of the University of Louisville’s Equine Industry Program signaled his support.

Racing needs to do a better job of teaching the game to younger people and getting them interested in participating,” Sean Beirne said. “We really need to incorporate fixed-odds wagering, that would really help new players to the game.”

Kentucky’s wagering laws allow for only pari-mutuel betting. But Churchill Downs has sought to give bettors more options when it comes to the Derby.

Last month, the Kentucky Horse Racing Commission gave preliminary approval to allow limited head-to-head wagering on horses. Nonetheless, the track eventually decided to hold off on it for this year.

Alex Waldrop, president and CEO of the National Thoroughbred Racing Association, told Casino.org he would like to see innovative strategies considered to help the industry. However, there are some concerns about the impact fixed-odds racing would bring to the sport.

First, by reducing the takeout, it would reduce the amount set aside for the jockeys, trainers, and others who work to make the races happen each day. If, for example, the takeout dropped from 20 percent to 5 percent, the new betting system would need to generate four times the revenue in order to make up for the cut.

Fixed-odds betting also would likely mean the end of — or at least a significant reduction to — massive long shots. In the pari-mutuel system, it’s not uncommon to see horses reach odds of 50-1 or higher as the money flows toward other horses in the race.

Country House, the winner of this year’s Kentucky Derby went off at 65-1, making him the second highest-priced winner ever in the 145-year history of the race.

“There’s still a lot to be desired about pari-mutuel betting,” Waldrop said.

Push on for Larger Fields

Waldrop said one of the things that make the entire Derby Day card — and not just the signature race itself — attractive is that each race features deep fields that give bettors more selections.

The smallest fields at Churchill for the Kentucky Derby race card were seven-horse races, with 11 of the 14 races featuring at least 10 horses.

On Saturday at Pimlico, 12 of the 14 races for the day will have at least nine entrants.

The average field size last year, according to Equibase data, was 8.3 horses. That marked a 7.5 percent increase from 2017, thanks mainly to a 10 percent reduction in races from the previous year.

Waldrop said the industry is making a push to encourage tracks to keep fields bigger, even if that means fewer races or meet dates since the number of racers have declined by about 20,000 in the last 20 years.

“The product is still strong when the fields are full,” said Waldrop, a former president at Churchill Downs.